New research found that unlike other countries, the UK has made little progress in helping staff switch off outside of work hours – to the detriment of workers’ wellbeing. UK firms are failing to get a grip on the “always-on” culture which leaves workers connected to work communications at all hours, according to new research.

More than half of employees who took part in the study said their place of work has no formal policy about the work-life balance of staff, encouraging them to limit their activity and switch-off from electronic gadgets.

Sizeable numbers reported an adverse impact on their lives, with in excess of a quarter (27%) reporting negative effects on their well-being and one-fifth (21%) saying that constant connections were damaging their relationships at work.

Being available via email and mobile phone out of hours and at weekends has become commonplace in recent years, often without any formal agreement in place. Many employees feel under pressure to make themselves available and to respond to queries and issues instantly.

Other parts of the world are recognising the importance of addressing the issues and taking a lead. For instance, legislation in France, which became effective from January 1, requires many employers to put in place organisational policies and agreements around email use and encourages “switching off.”

But UK companies have made little progress, according to the data gathered for the new research, undertaken by Dr Almuth McDowall, Senior Lecturer in Organizational Psychology at Birkbeck, and Gail Kinman, Professor of Occupational Health Psychology at the University of Bedfordshire. They surveyed more than 370 UK workers in a range of different organisations and found that 54% said their employers had no formal policy about work-life balance and turning off digital devices.

Almost three-fifths of those who took part (58.8%) said their employer had given no guidance on managing communications, with more than one in eight (13.4%) saying they were unaware about any such guidance. Just over a quarter (26.2%) said their organisation did offer relevant advice.

Some respondents acknowledged positive effects of being connected all the time, with 24% saying it improved communication and 24% saying they thought it improved productivity.

Dr McDowall said: “Our data shows clearly that organisations are unprepared for how the world of work is changing to a more digital landscape. The qualitative data highlighted the effects on individuals who feel under great pressure not to ‘switch-off’, leading to intense pressure, poor performance and worry about what the immediate future holds. It’s time for all organisations to take a more proactive approach. We all need downtime. It’s easy to underestimate the volume and intensity of digital work. Staff have to be mindful of their connectivity and should schedule in regular ‘digital detoxes.'”

Professor Kinman said: “Organisations must not skirt the issue and should develop formal but fluid policies. These should be developed in consultation with the workforce to ensure everyone’s needs are addressed. Otherwise, the impact on individual well-being could be stark.” 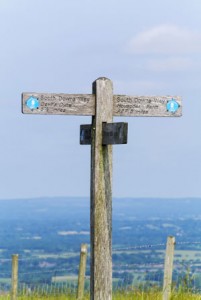